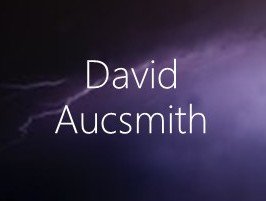 David Aucsmith is the Chief Scientist at Root9 and President of Aucsmith Consulting LLC, a management-consulting firm specializing in computer and communications security, including risk management, cybercrime, cyber espionage and cyber warfare. His former roles include Senior Director of Microsoft’s Institute for Advanced Technology in Governments and as the Chief Security Architect for Intel Corporation.

David is a former officer in the U.S. Navy and has written extensively on cybercrime, cyber espionage and cyber warfare.  He has been a representative to numerous organizations including the technical advisory boards of both the National Security Agency and the National Reconnaissance Office. He is co-chairman of the FBI’s Information Technology Study Group and a member of the President’s Task Force on National Defense and Computer Technology.  David was U.S. industry representative to the G8 Committee on Organized, Transnational, and Technological Crime during the Clinton administration. He holds 33 patents for digital security and holds a BS degree in biochemistry from the University of Georgia and MS degrees in physics from the Naval Postgraduate School and information and computer sciences from the Georgia Institute of Technology respectively.  He currently lectures at the Naval Postgraduate School and the USAF Air Command and Staff College.